10 cities where bike commuting is growing fastest in the US

Using data from the Bike League, the Census Bureau, the National Highway Traffic Safety Administration, and several cities' websites, Velotric looked into the 10 cities in the U.S. where bike commuting has increased the most. 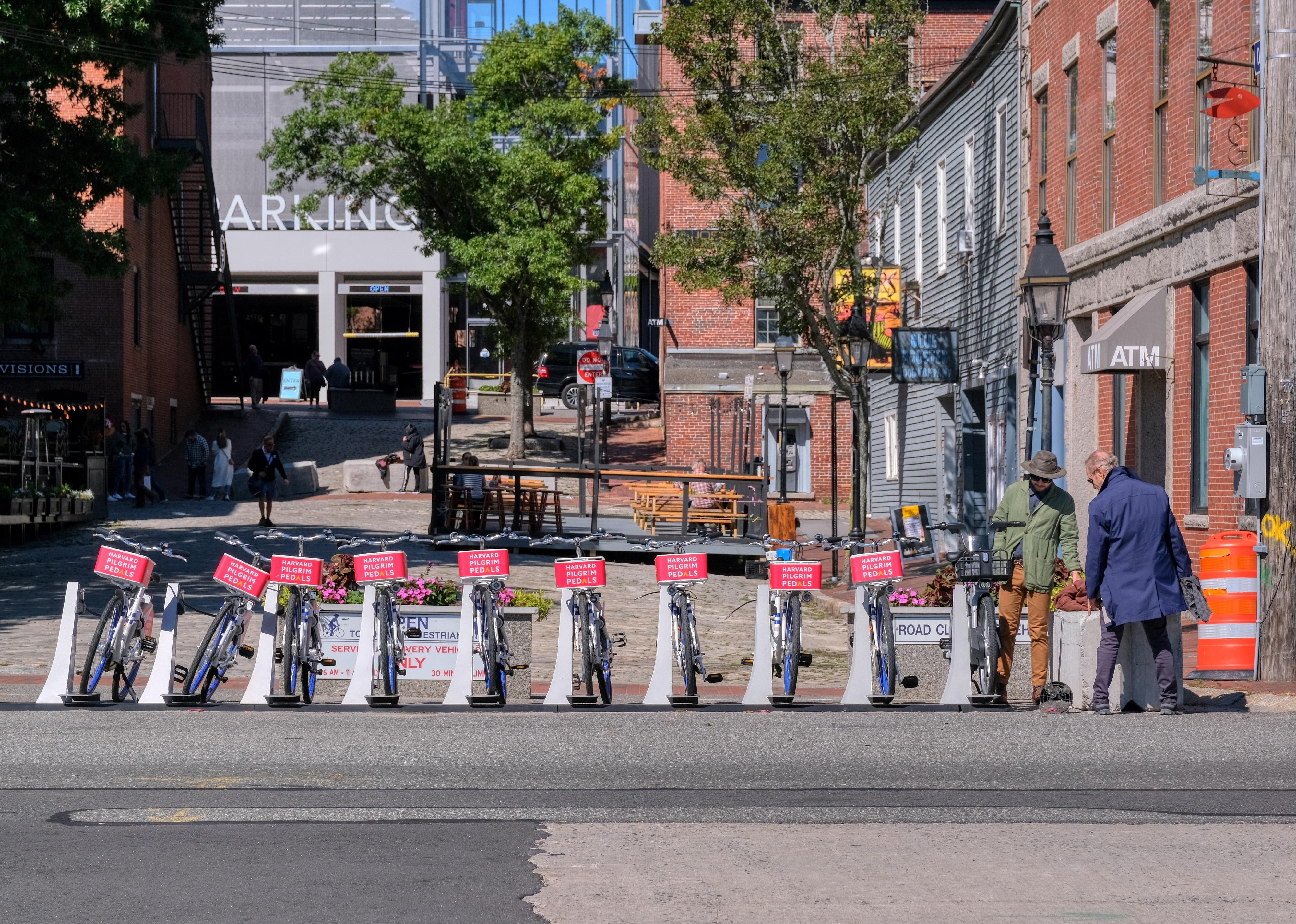 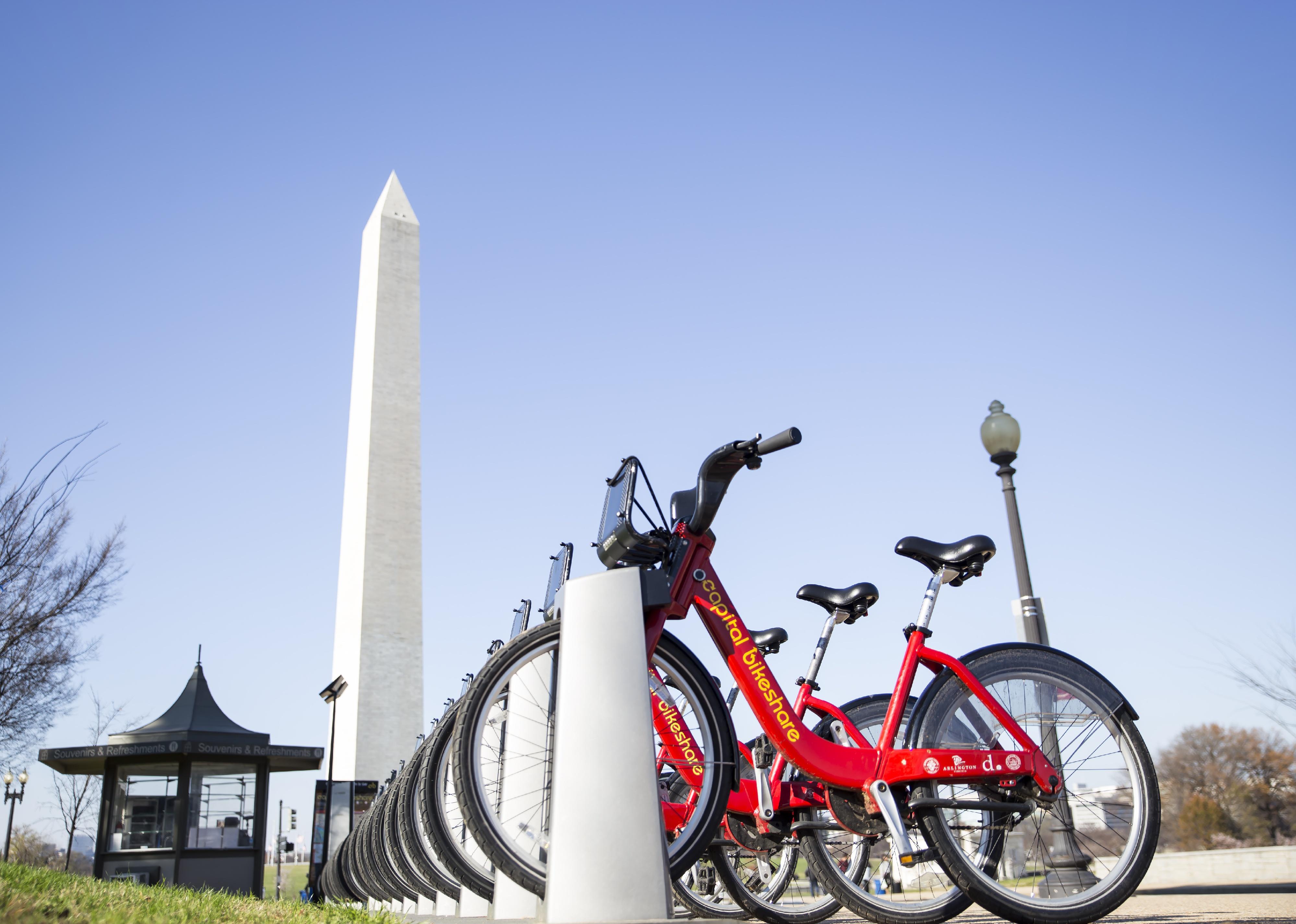 According to the U.S. Census Bureau, of the more than 154 million Americans who commuted to work in 2021, just 616,153 did so by bike. If this figure seems both incredibly small and surprisingly big, that's because it is.

Of course, this isn't exactly an apples-to-apples comparison—commuter rail goes to and from metro areas, while bicyclists tend to commute within the metro limits—but it does show that, against some other forms of transportation, bike commuting was a competitive means of travel.

Not all cities are bike-friendly. A lack of dedicated bicycle lanes combined with road systems with too many one-way streets colludes in many cities, making commuting by bike less practical than bus or train.  According to the Bike League, even walking is a more popular alternative to getting to work than riding a bike.

But this is not to say there aren't cities where bike commuting is on the rise; quite the contrary—certainly for the 10 cities on this list.

Using data from the Bike League, the Census Bureau, the National Highway Traffic Safety Administration, and several cities' websites, Velotric looked into the 10 cities in the U.S. where bike commuting has increased the most. Seventy-six cities identified by the Bike League based on population and bicycle-friendliness were ranked by how much bicycle use increased between 2015 and 2020 per 10,000 people. This list focuses on commuting data: the trip from home to the workplace and vice versa.

Fewer people were commuting to workplaces in general in 2021 due to the COVID-19 pandemic, but in the following cities, commuting by bicycle increased, nonetheless. 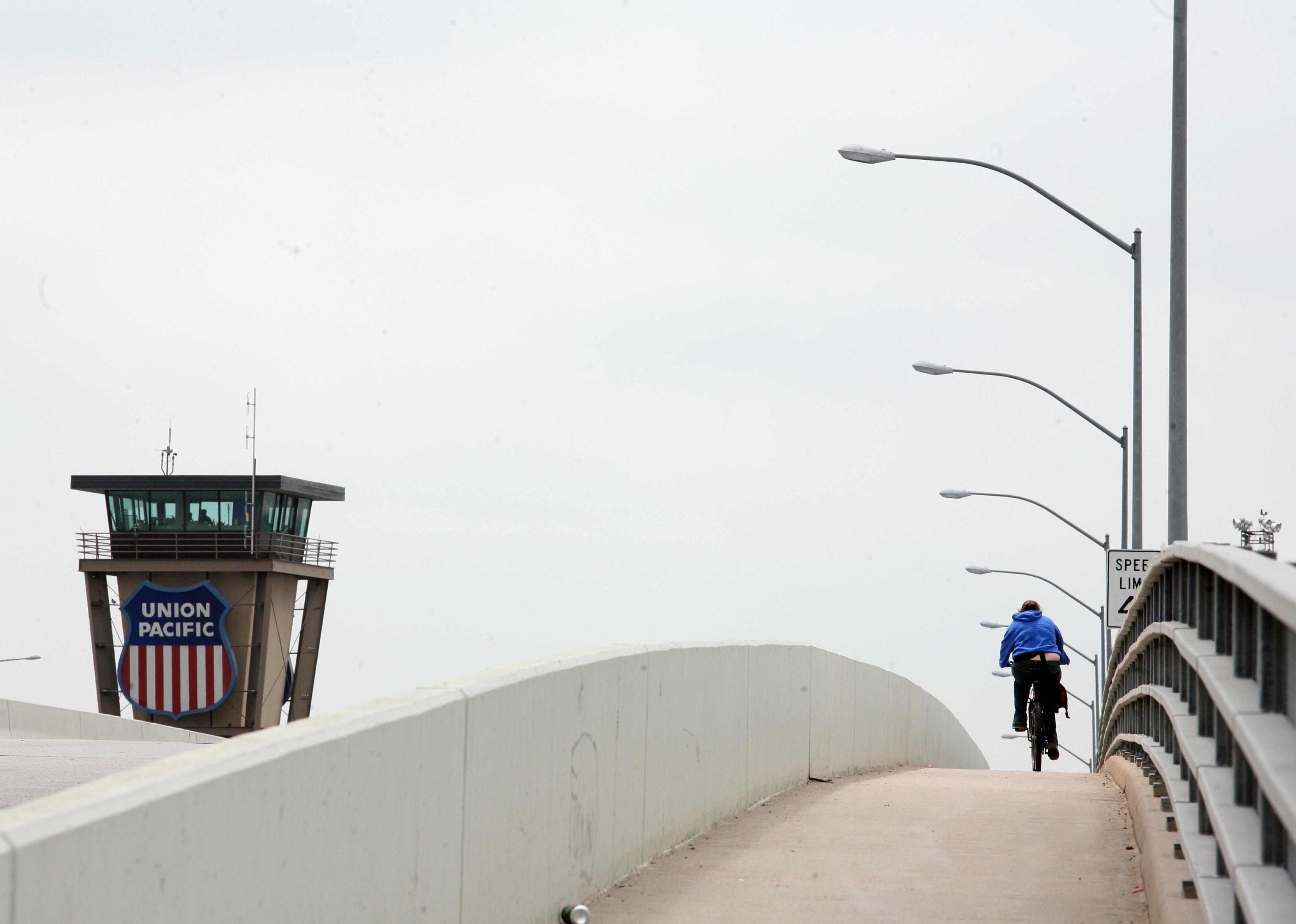 Walking and biking are more common than public transportation in Wyoming's capital. The city layout lends itself to such forms of transportation. What passes for public transit is very little different from rideshare service—the Cheyenne Transit Program is a reservation-based service. But commuting is set to evolve in Cheyenne and will include a boost to bike-friendly features.

In 2020, the Cheyenne Metropolitan Planning Organization approved its Connect 2045 to promote transportation investments over the next 25 years. This program will expand the bicycle network, bike lanes, and bike routes and is accepting proposals regarding changes to traffic patterns, road restrictions, and transportation in general. One of the program's main focuses is solving the disconnection between the different bike network areas to create easy and more comfortable rides. 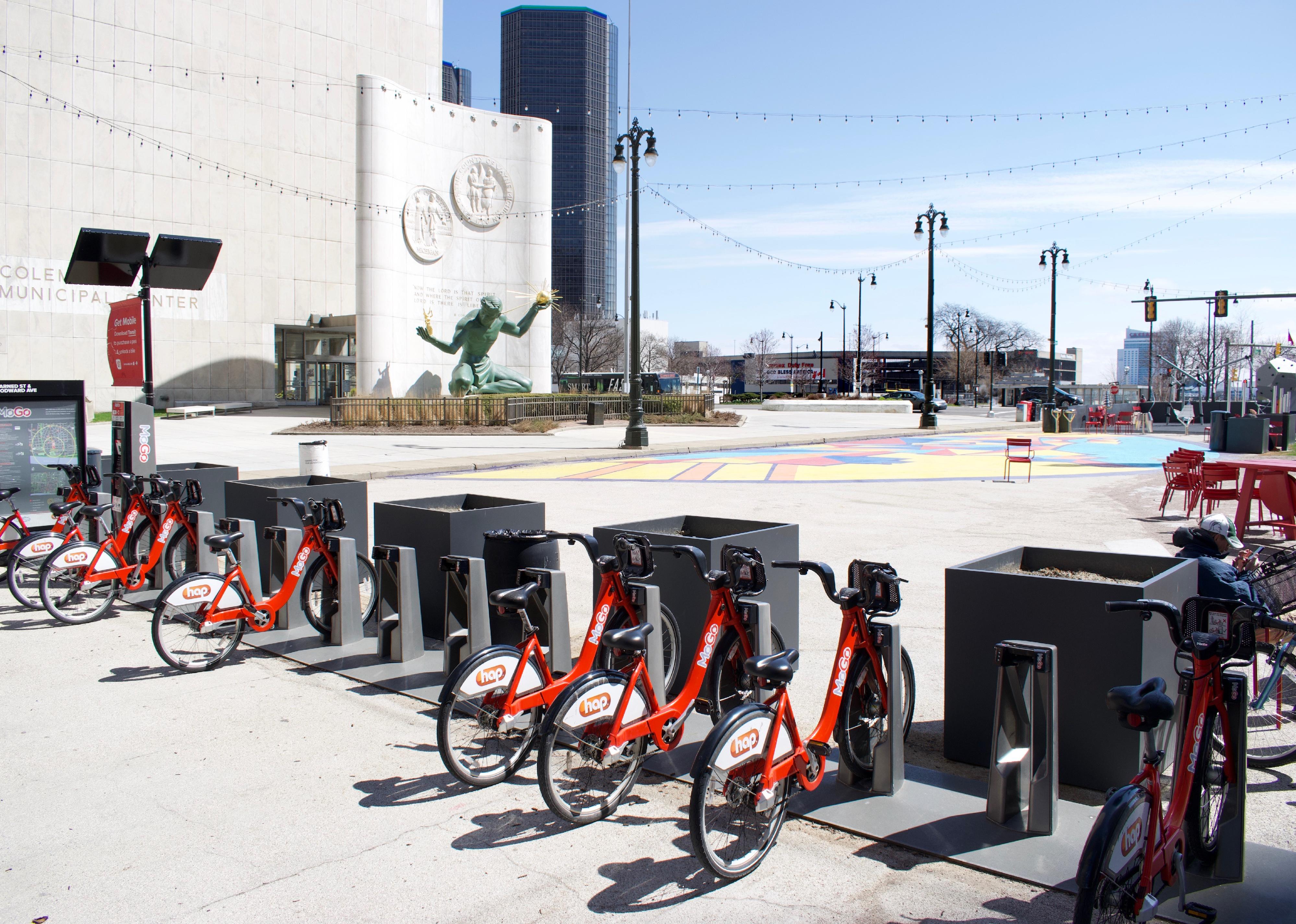 In 2009, Talking Heads band member and cycling advocate David Byrne declared Detroit one of the top eight biking cities in the entire world. In his book, "Bicycle Diaries," Byrne wrote about riding in the city: "I bike from the center of town out to the suburbs. It's an amazing ride—a timeline through a city's history, its glory and betrayal."

He may not be alone in embracing two-wheeled rides. Since 2011, biking spaces have grown citywide, boasting more than 260 miles of bike lanes, 50 of which are protected, and many of which were included in streetscape planning that used federal and state investments. 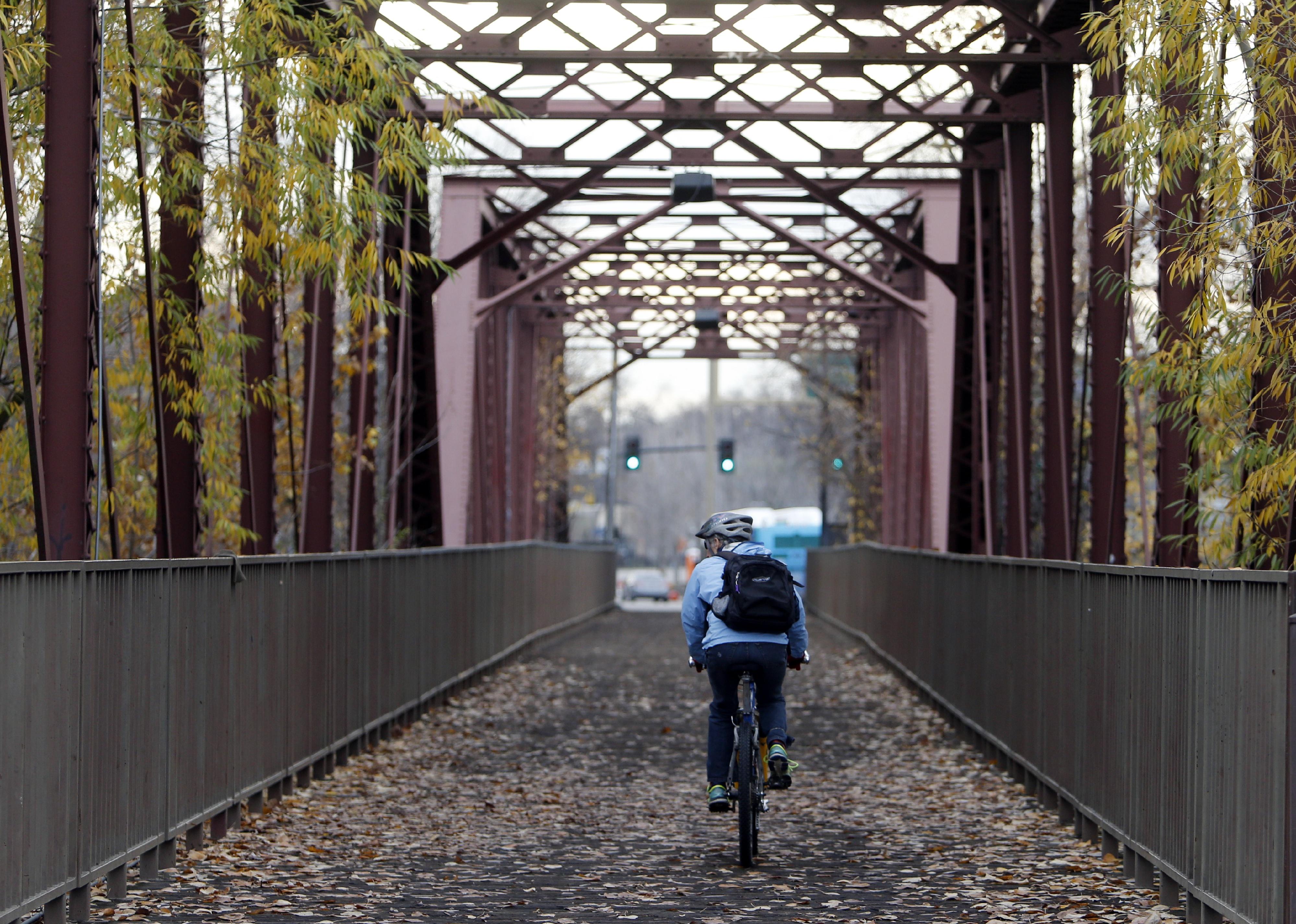 Organizations like the Boise Bicycle Project, a cooperative that promotes riding in the city through refurbishing bicycles and other initiatives, has helped energize the biking community with events and education opportunities. On the city level, the Boise City Council's initiative, City Go, has greatly incentivized public transit use and bike sharing. This program includes a card that allows users to pay for city center buses and access other perks such as a Cycle Learning Center, bike air and repair stations, bike-share options, and free bike parking in secure locations.

Wichita has more than 100 miles of bicycle paths, of which the Arkansas River Path is the most popular. Although Wichitans still rely heavily on other forms of transportation for commuting purposes, the number of bike commuters per 10,000 people is rising, more than doubling since 2015. The city operates a bike-share program in partnership with Tandem Mobility.

The city launched its bike-sharing system in May 2017, which includes 200 bikes and 40 stations, with annual plan prices of $30, free rides under one hour, and a reduced student rate of $20. 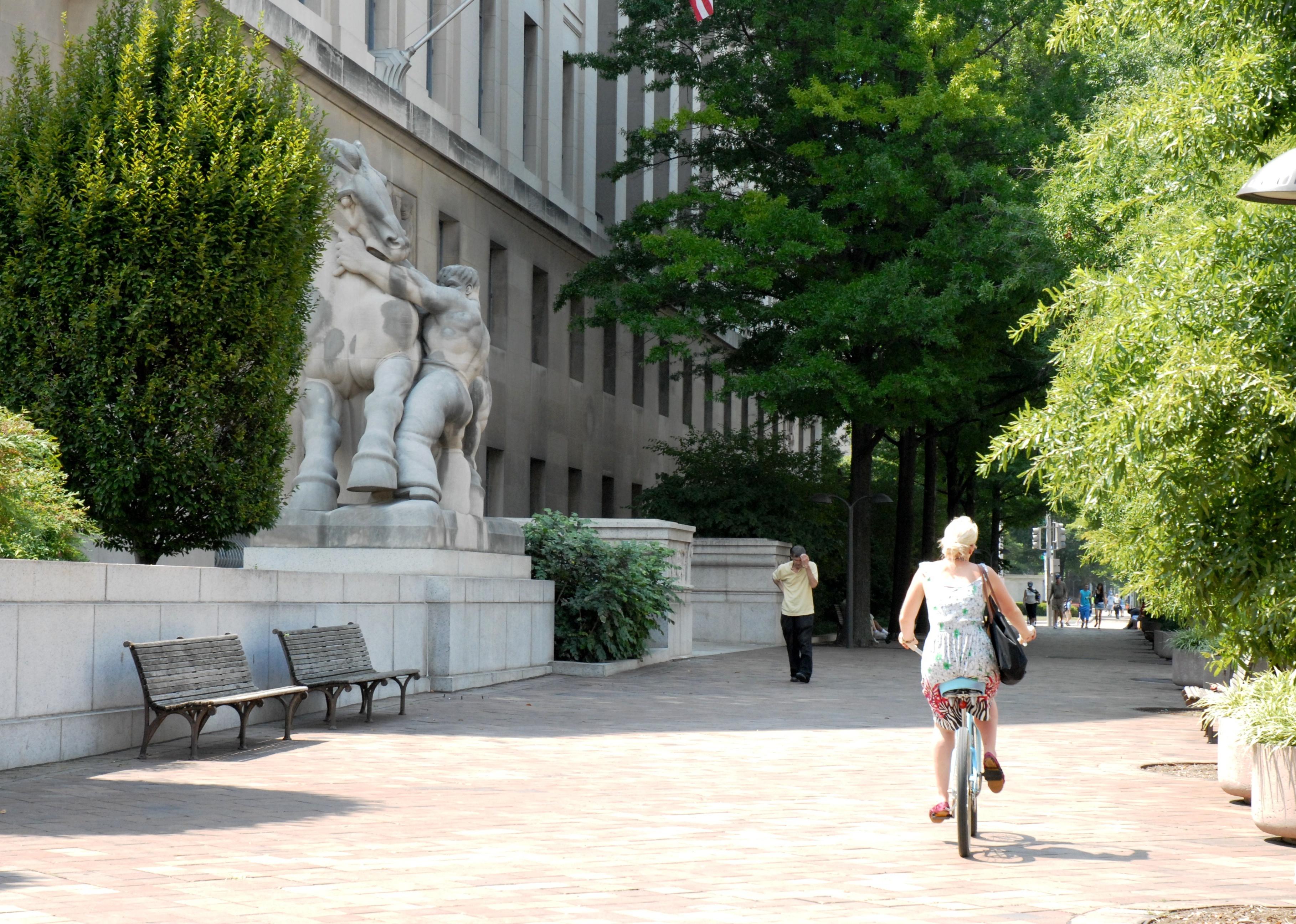 In May 2022, the District Department of Transportation announced an initiative, GoDCgo, to support bike use among people commuting to work and promote sustainable transportation. The initiative offers school district employees up to $200 toward purchasing a new bike for commuting. As of October 2022, more than 170 school staffers have taken advantage of the offer.

In the fall of 2021, Metro customers became eligible to use the city's bike-share program in an attempt to make up for the delays on the district's subway system. The program allowed people to earn up to 10 free bike rides up to 45 minutes across stations in the city, as well as in Maryland and Virginia. 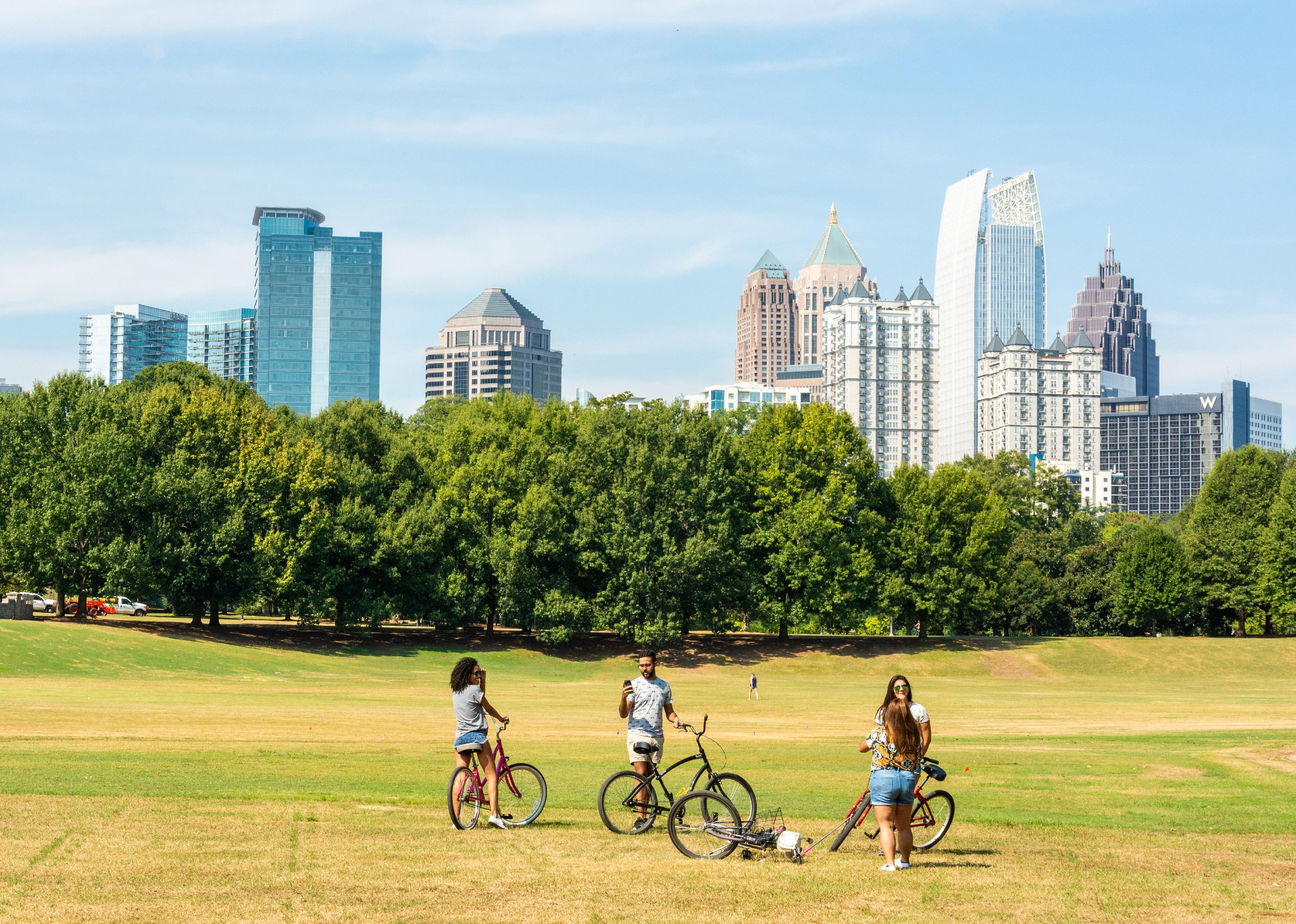 Atlanta, while a major metropolitan area, has the advantage of being one of the least dense cities in the U.S. This fact may well contribute to the low number of bicyclist fatalities on its roadways. Another contributing factor may be that since 2015 the city has had a chief bicycle officer who works specifically on developing bike-related projects and promoting bike initiatives across the city.

The city has a bike-share program and openly accepts requests from the community to install bike racks within the public right-of-way. 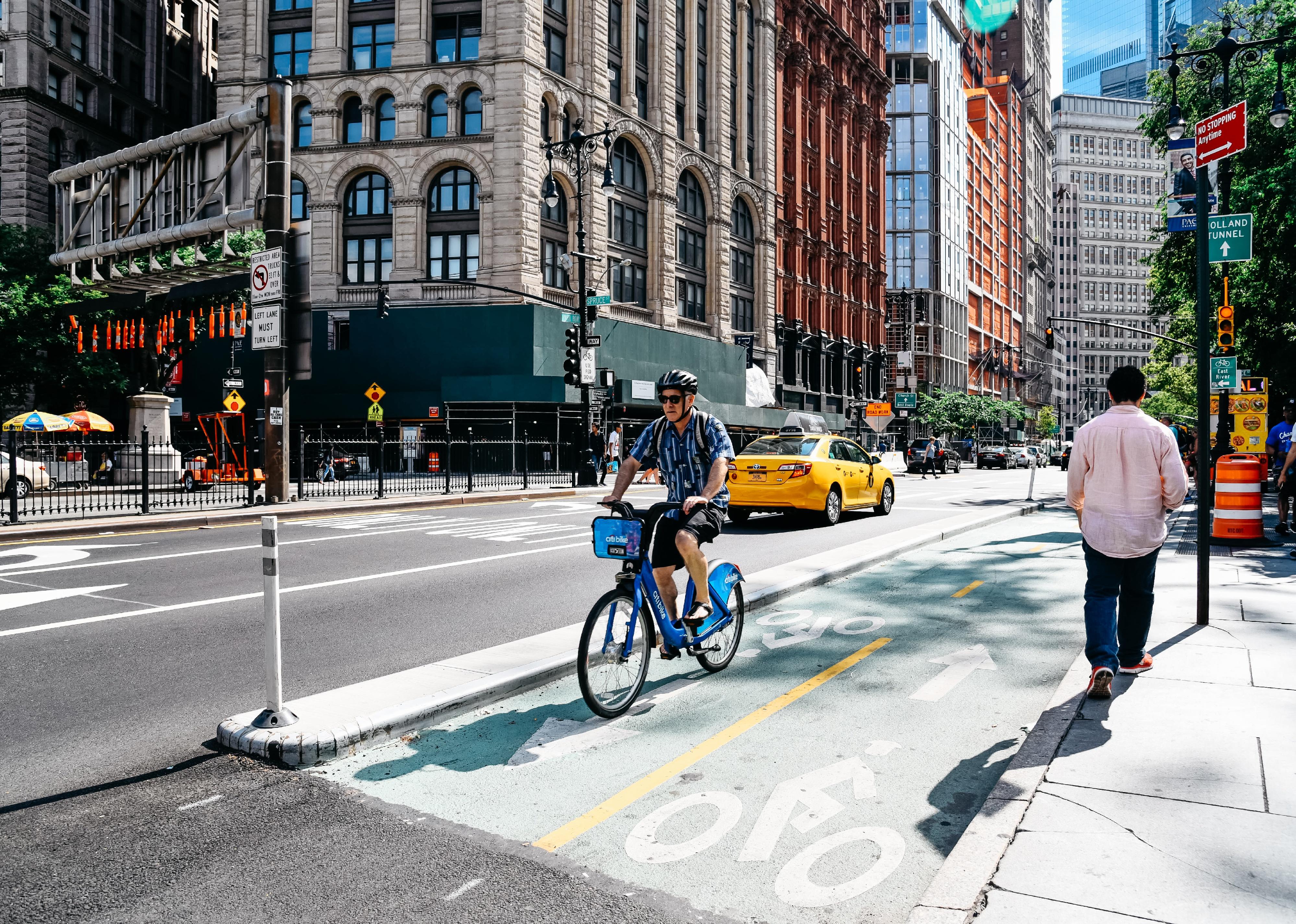 Between 2020 and 2021, public transportation ridership in the city dropped 31%. This was despite New York being the only city in the country to have an increase in total commuters during COVID-19, among other U.S. cities with the most bike commuters. With nearly 30,000 people per square mile, those commuters who turned away from public transit had to go somewhere.

Almost 56,000 commuters chose to go to work by bike in New York City last year, making it the city with the most bike commuters in the country. Bike commutes in the city have tripled in the past 15 years. About 530,000 cycling commutes are made daily in the city, according to the city's Department of Transportation.

The department's Green Wave plan, established in 2019, is a citywide program that, among other efforts, is focused on expanding protected bike lanes. This initiative installed 29.5 lane miles of protected bicycle lanes in 2020. New York's bike-share system, City Bike, is also popular with both resident commuters and visitors alike. In August 2022, the system had 146,000 active annual members and 840,000 casual members, all averaging about 115,000 rides per day. 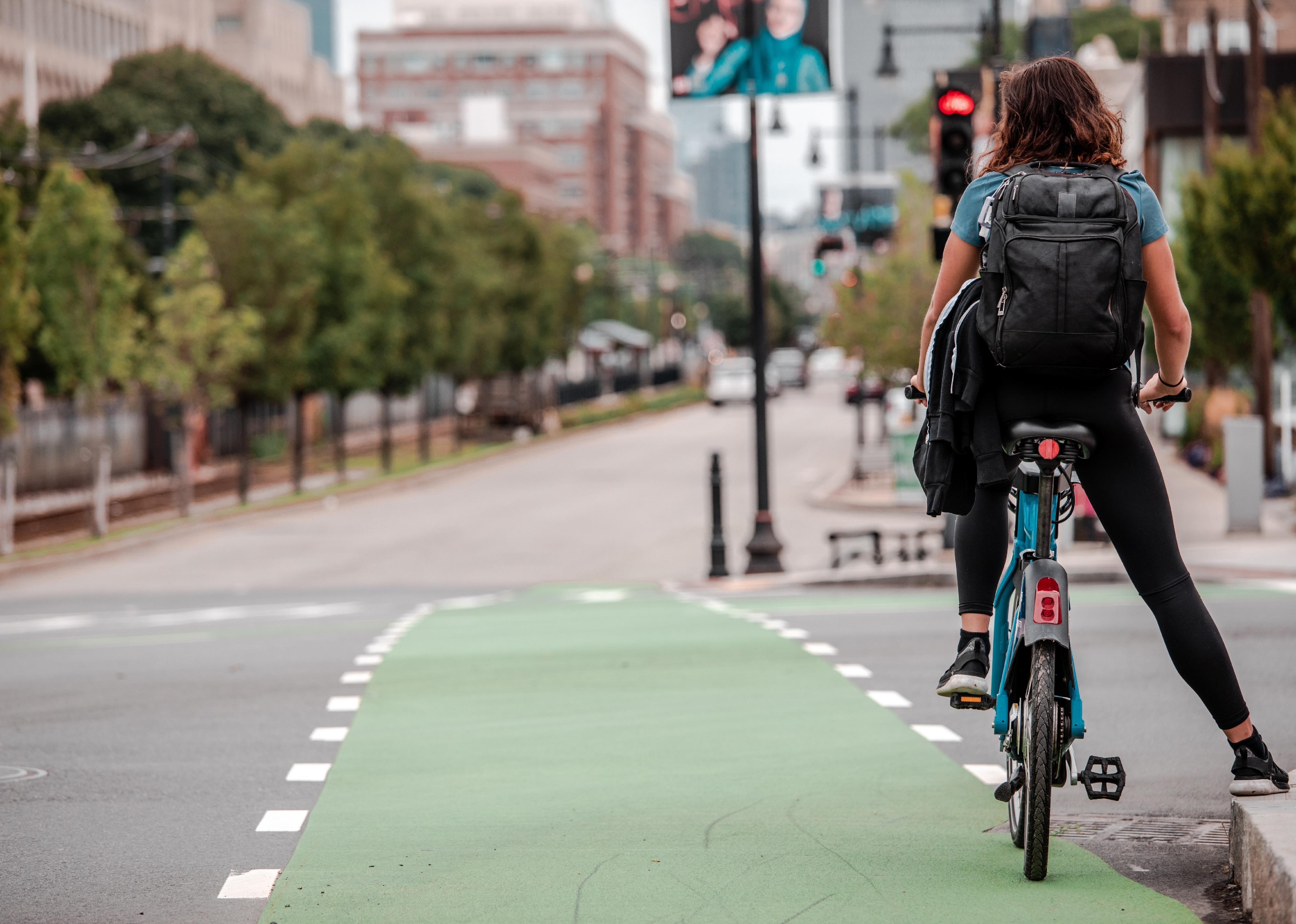 One of Boston's biggest biking successes was the establishment of 20 mph safety zones to promote traffic calming and reduce fatalities as part of its Neighborhood Slow Streets program.

There has also been a transformation in bike lanes available to commuters in the city. In 2020, most of Boston's bike lanes were separate from the rest of the traffic, a significant safety program improvement. Since 2018, the Go Boston 2030 transportation plan has focused on developing complete streets featuring dedicated bike lanes and boosting vehicle driver awareness of bicyclists with smart traffic signals and clear pavement marking bike-only areas. 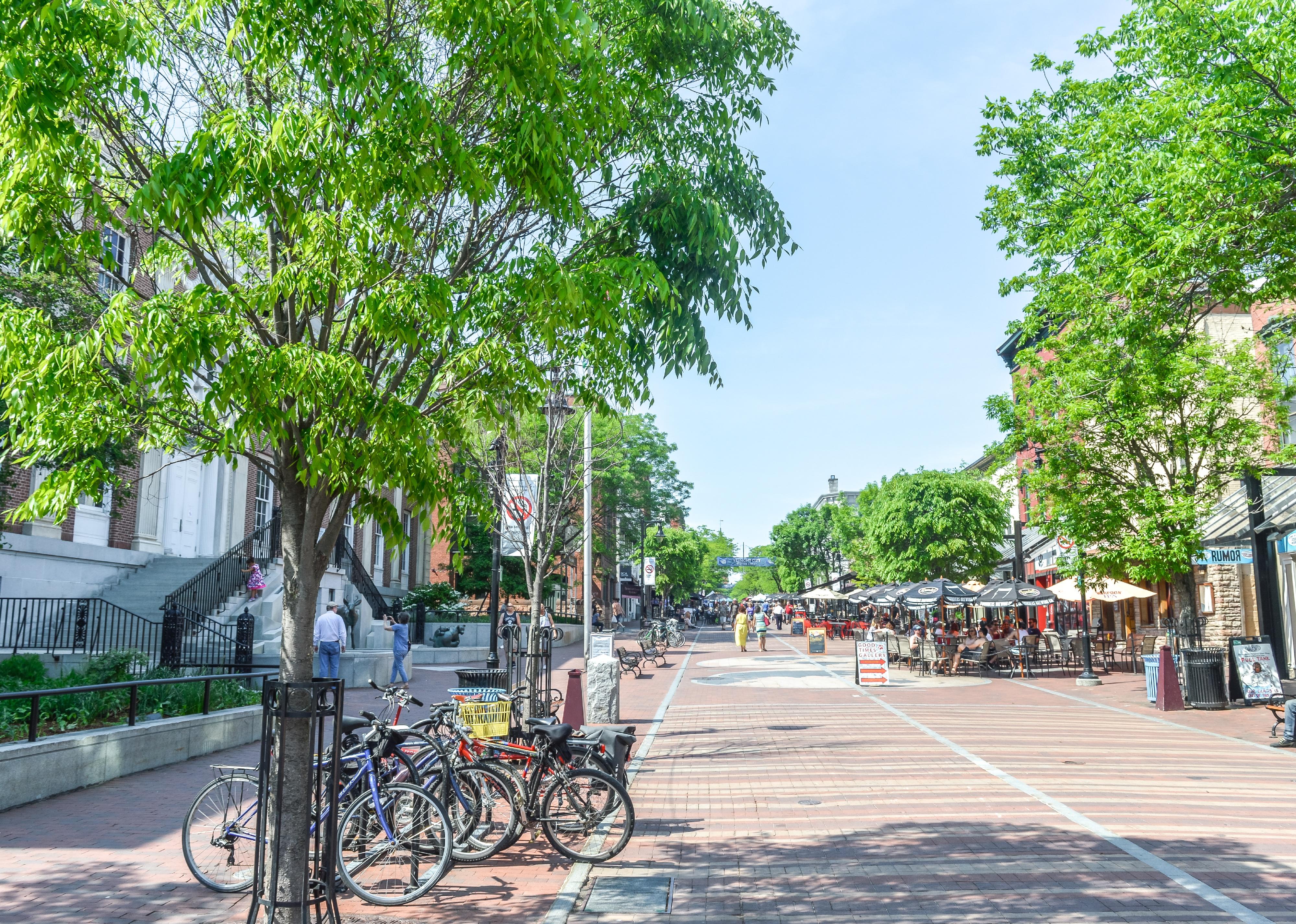 Located by Lake Champlain, Burlington allocated $1.5 million of its FY 2022 budget to bike and pedestrian improvements around the city. Protected bike lanes and the construction of a dedicated lane on a busy roundabout are measures city planners hope will further increase bike commuting beyond the increase experienced since 2015.

While the Burlington Greenway is the keystone bike path near the lake, the city also features bike-friendly roadways, dedicated paths, and e-bike rentals for residents and visitors. The city has been a League of American Bicyclists "Bike Friendly Community" since 2005. The city's 2017 Walk Bike Master Plan included initiatives such as new pavement markings, additional bike racks, and repurposing right-of-way access on select corridors for the application of bike lanes.

Nope, the top-growing bikeable city for commuters isn't Oregon's Portland, the "Rip City" known as a biking haven. In fact, the Pacific Northwest city's number of bike commuters has dropped steeply since 2015.

Instead, it's the Portland on the opposite side of the country. Though the Maine city is known for frigid winters, few may know that it features 45 miles of bike lanes. It recently launched a bike-share program that clocked 2,220 rides during its first month. Its bike-share fleet currently consists of 150 pedal and 50 electric bikes.

The city has also opened its continued development of bike-friendly infrastructure to all Portlanders via its Better Bikeways Initiative, which features a crowdsourced mapping system and a robust public engagement platform.

This story originally appeared on Velotric and was produced and distributed in partnership with Stacker Studio.