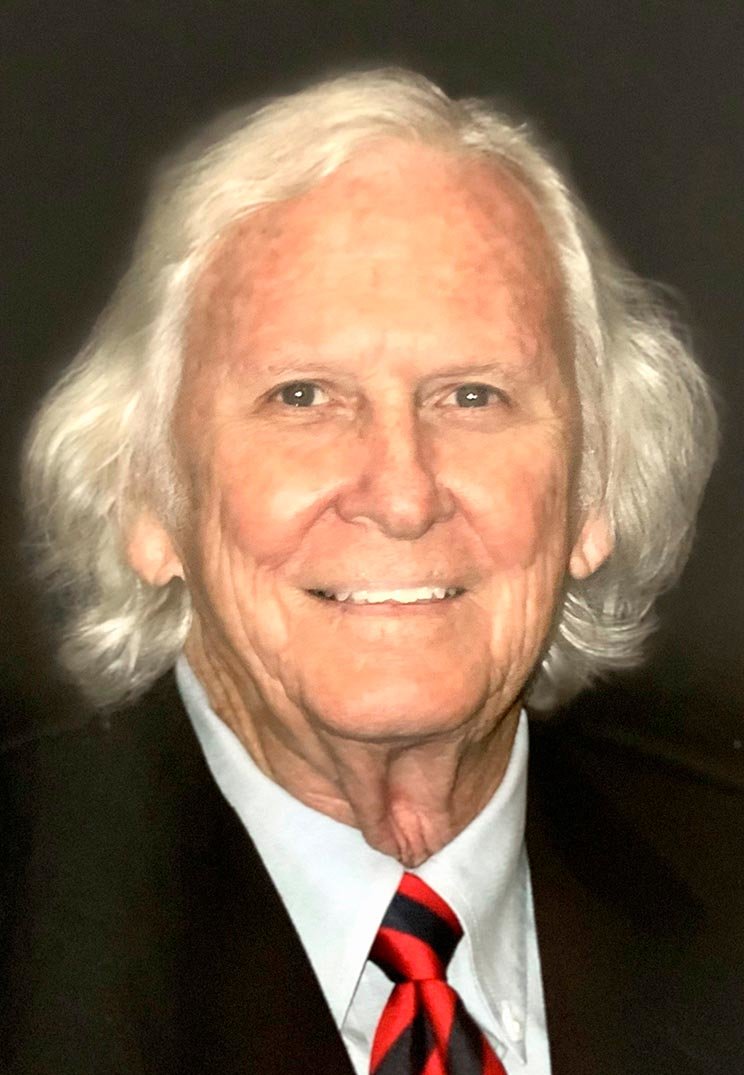 On Wednesday, October 26, 2022, after 93 years of a full life, Dr. Jim Bob Brame peacefully died surrounded by his family in San Angelo, Texas.

Jim Bob was born a member of the “Greatest Generation” on February 7, 1929, at his home in Goose Creek, Texas to mother Frankie Edwards Brame and father Richard Arthur Brame. It would take volumes to describe his life story. He was an Eagle Scout at age 15 and then graduated from Robert E. Lee high school in Baytown, Texas in 1947, and soon graduated from the University of Houston three years later with a BS in Psychology.

Jim Bob volunteered for the U.S. Army where he served as a Corporal at Ft. Chaffee, Arkansas in the Mental Hygiene Consultation Clinic. After his service, he returned to the University of Houston and then the University of Texas in Austin to continue graduate studies in Educational Psychology with a degree in teaching.

His teaching jobs began in Port Lavaca, Texas and through the schools in Deer Park, Texas. While attending a teacher’s meeting in Austin with his classmate Winnie Helen Hilliard, he met the love of his life Holly, Winnie’s daughter. Two years later they were happily married, a marriage lasting 65 years.

Jim Bob and Holly taught school for two years in Pasadena and then moved to New Orleans, for him to attend Tulane University Medical School, where their children Beaman and Elizabeth were born. After achieving Alpha Omega Alpha Honorary Medical Society at the end of his junior year and being Senior Class President, he graduated with honors from Tulane in 1963.

What can be said about a 3-page resume? He was awarded with various recognitions…too many to list. Soon after a one-year Inaugural Class of Family Medicine Internship in El Paso, Texas at R.E. Thomason Hospital, Jim Bob, Holly, Beaman, Elizabeth and newborn Laurence returned to Pasadena, Texas for Jim Bob to establish a family practice and have their fourth child, Luke. Three years later Jim Bob and Holly decided to move to the wilderness - Eldorado, Texas. The offer agreed upon was “if you build a new hospital and clinic, then we will come.”

Through the Texas Legislature a hospital district was created in Schleicher County establishing a hospital board which made the offer, and Jim Bob and Holly eventually landed and were firmly ensconced in Eldorado from January 1, 1968 until today. He practiced outstanding rural medicine from 1968 to 1983 as a family physician for Schleicher County and the surrounding areas.

To carry on the legacy, the recently constructed clinic, hospital and nursing home is situated on property gifted by Jim Bob and Holly.

After practicing medicine in Eldorado, he worked with Blue Cross Blue Shield of Texas and became affiliated with Texas Tech Medical School where he set up the Family Practice Residency Program in Odessa. He also taught at the Texas Tech Medical School in Lubbock. He was most proud of his post-practice achievements: President of Texas Medical Association 1986-87, Federal Physician’s Payment Review Commission 1986-92, Texas Association of Family Physicians, American Hospital Association, President of the Texas Catholic Conference, Shannon Board of Trustees, Schleicher County School Board President, and more.
Making time for travels, Jim Bob visited many countries across the globe savoring his adventures in Nepal, Bhutan and Alaska, and medical missionaries to Guatemala and Africa. He and Holly traveled extensively enjoying cruises on a freighter, hiking and making life-long friends along the way. Scuba diving was a favorite hobby as well. He had a love for flying and was an avid, experienced pilot and kept various airplanes over time at the Eldorado municipal airport.

He did it all, and he did it his way. He was exceptionally talented in playing piano, drums, writing and art. Beyond his many travels he cherished spending time with his five grandchildren, the love of ranching, reading and spending time in the Schleicher County pastures.

Our sincere gratitude goes to the San Angelo Fire Department and Police Department for their prompt 911 response and the staff at Shannon Medical Center for years of health care.

Graveside interment service was held at the Eldorado Cemetery on Sunday October 30, 2022.