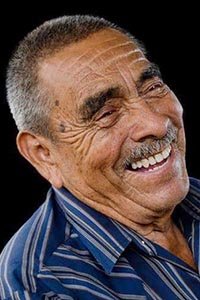 Mr. Belman (Lolo) took over his father’s sheep shearing business at an early age of 16, when his father passed leaving to assist his mother to raise his siblings.

He continued to sheep shear within the states of Texas, California, Arizona, South Dakota, Montana, and Nevada taking his family. He met and married his wife, Luz Hernandez Belman in El Centro, California and settled in Eldorado, TX.

Mr. Belman previously worked for Texas Department of Transportation in the construction of interstate I-10 in the 60s. He also worked at the cemetery in the city of Dixon, California. Mr. Belman along with his wife owned a restaurant in Eldorado, Texas.

Mr. Belman enjoyed serving the community making himself available to anyone in need. He volunteered his services with the Radio Venta de America delivering emergency supplies in disaster situations.

He was a lifetime member for the Knights of Columbus within the Lady of Guadalupe Catholic Church of Eldorado, TX. Mr. Belman enjoyed spending time with family and friends attending football games, being an avid fan of the Eldorado Eagles and Central High School.

Family and friends can share online condolences at www.harper-funeralhome.com