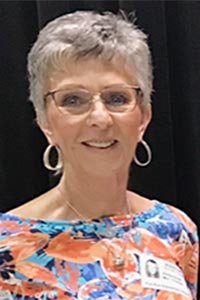 Su, as she was affectionately known, was born on August 1, 1947 to Charles and Evelyn Speck. On June 5, 1967, Su Speck married George Scott.

She pursued a career in education and was a beloved teacher to many at Schleicher County I.S.D. In her days since retirement, Su loved to play golf. Her days revolved around her favorite guys, George and Randy. She rescued any and every animal she came across.

Su spent every second she could in San Antonio with her most prized possessions, her grandchildren, Kassidy Su and Kash Scott. Su shared an unbreakable bond with her daughter and best friend, Kimberly.

Those left to cherish her memory include her forever love, George Scott; son, Randy Scott; daughter, Kimberly and husband Kevin Thomas and their two children Kassidy Su and Kash Scott.

She is preceded in death by her parents Charles and Evelyn “Tinkie” Speck.

A viewing/visitation will be held on Tuesday, September 13, 2022 at Love Funeral Home in Eldorado. There will be a ceremony to honor Su’s life on Wednesday, September 14, 2022 at 11am at the Chapel at the Eldorado cemetery.

In lieu of flowers, contributions may be made to WRR in Kendalia, an organization near and dear to Su’s heart.