Eldorado Middle School’s 7th and 8th grade footballers saw their first real action of the season on Thursday, September 8th and claimed a pair of victories over the Sonora Colts. 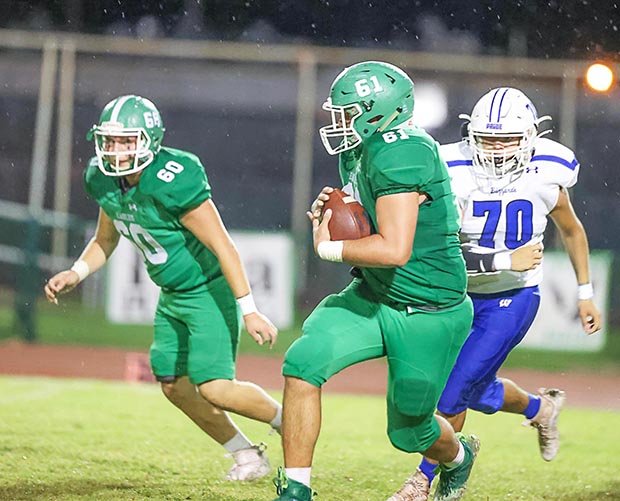 Eagles Fall to Winters in OT on Rain-Soaked Night

The football was slick and the field was slippery on Friday, September 2nd at Larry Mitchel Stadium in Eldorado as the Winters Blizzards came to town to take on the Eldorado Eagles. The game was delayed three times due to stormy weather and nearby lightning. And, it was still raining when the game finally got underway just before 8:30 p.m. 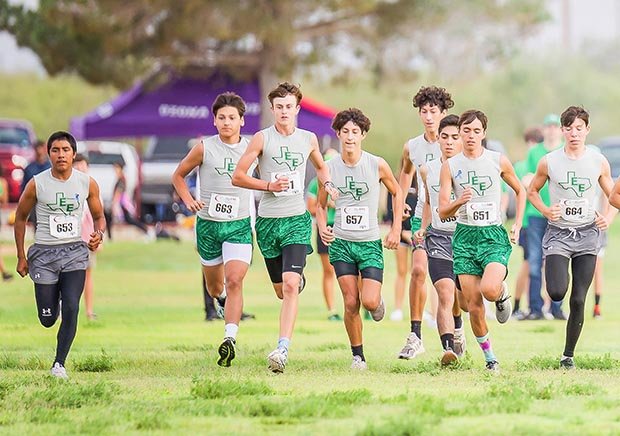 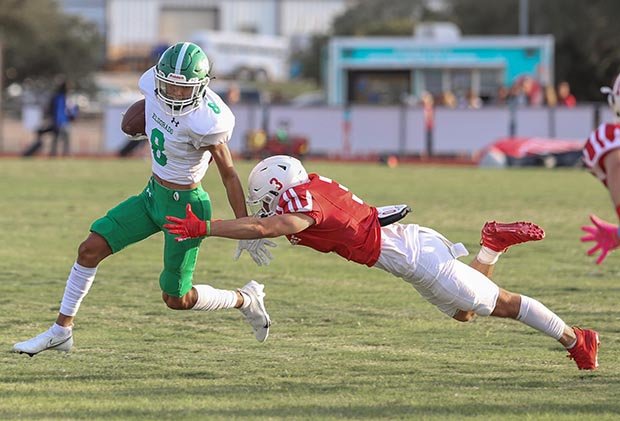 Nino Tambunga hauled in a 25-yard TD pass from Jason Covarrubiaz on the first play of the second quarter and Ernesto Nava kicked the extra-point to give the Eldorado Eagles a 7-0 lead over the Christoval Cougars on Friday, August 26th, at Jack Pardee Memorial Stadium in Christoval. 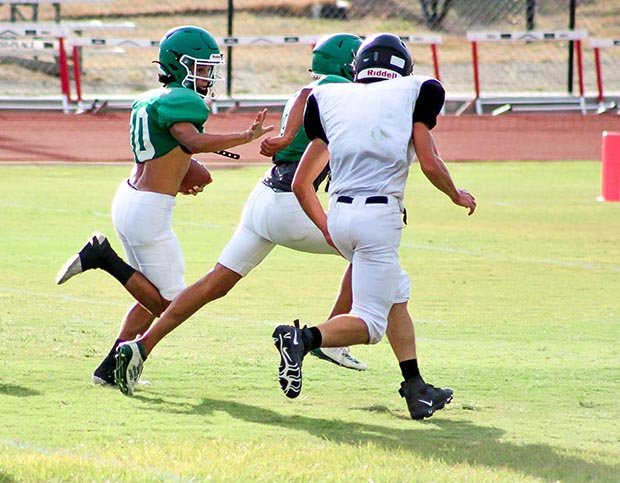 Eagles to Open 2022 Season in Christoval

The latest edition of the Eldorado Eagles varsity football team is set to take the field in Christoval Friday night where they will launch their 2022 campaign. It will be a familiar setting between two teams who are more than a little familiar with on another. The Eldorado Eagles varsity and junior varsity football teams had a good outing on Friday, August 11th as they hosted the San Angelo TLCA Eagles in a scrimmage at Larry Mitchel Stadium in Eldorado. 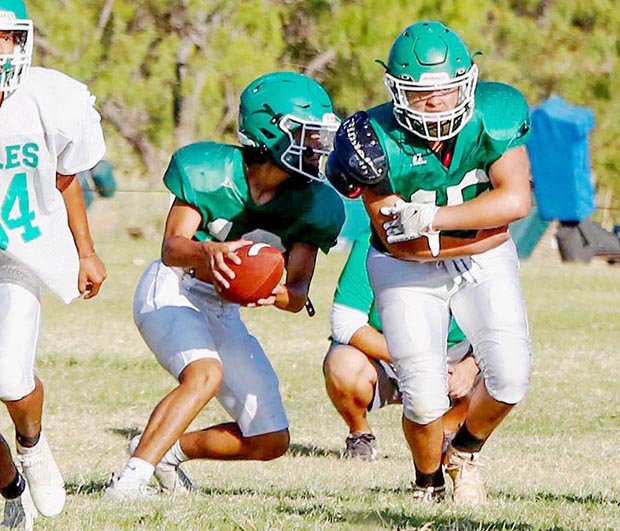 Eagles to host San Angelo TLCA for a Scrimmage on Friday

The Eldorado Eagles will get their first taste of action on Friday, August 12th as the San Angelo TLCA Eagles come to town for a scrimmage. The two teams will take the field at 5 p.m. with the two JV squads seeing action first. Summer is far from over, but the first suggestion of fall comes on Monday, August 1st when the Eldorado Eagles football team and cross country runners report for their first workouts. 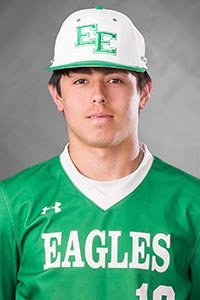 Schleicher County ISD wrapped up its search for a new athletic director and head football coach last week with the hiring of Chad Tutle. While he has been an assistant coach for many years, this will be his first time to helm a program. 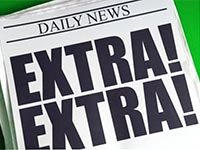 Schleicher County ISD has renewed its search for an athletic director and head football coach. That news came after Coach Ram Moreno decided last week to step away from the job he had accepted only a couple of weeks before. 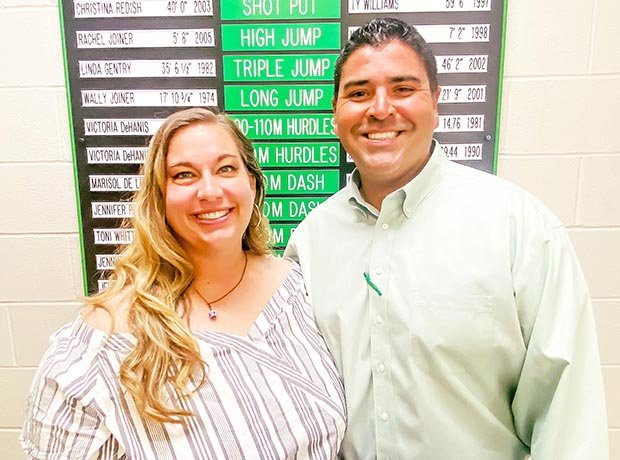 Ram Moreno has been promoted from assistant coach to SCISD athletic director and head football coach. The move came after Coach Jon Long announced his resignation a couple of weeks ago. 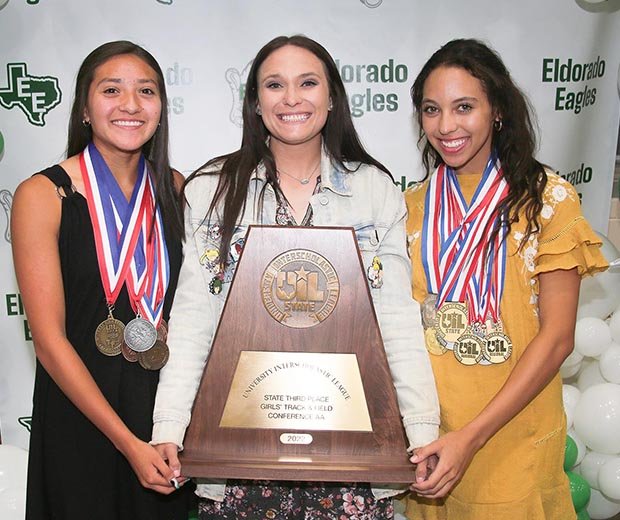 It’s a close call as to which is more remarkable, that Logan Prater medaled in four of the five events in which she competed, or that Eldorado’s two-person squad managed to place 3rd as a team in Class 2A of the UIL State Track & Field Meet in Austin on Friday, May 13, 2022. 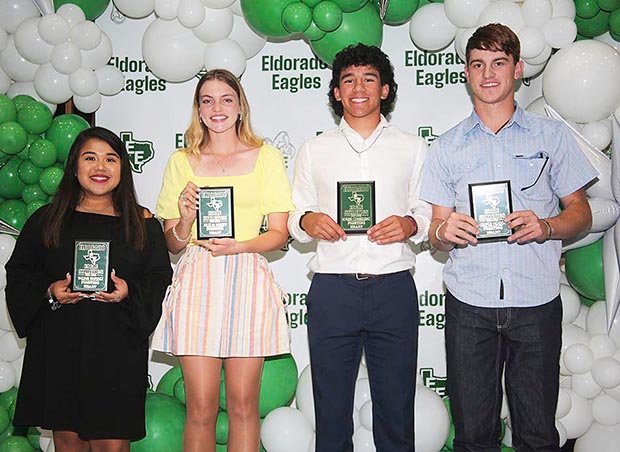 The EHS Athletic Awards Banquet was held Monday, May 16th at the High School Gym. Athletic Director John Long emceed the event that is hosted each year by the Eldorado Eagles Athletic Booster Club. 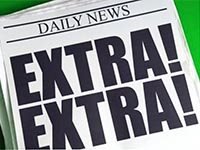 Jon Long is leaving Eldorado after two successful years as the SCISD athletic director and head football coach. He was on hand Monday evening for the SCISD board meeting where Board President Kurtis Homer told him that the board would reluctantly accept his resignation and that of his wife Stephanie, an elementary teacher. 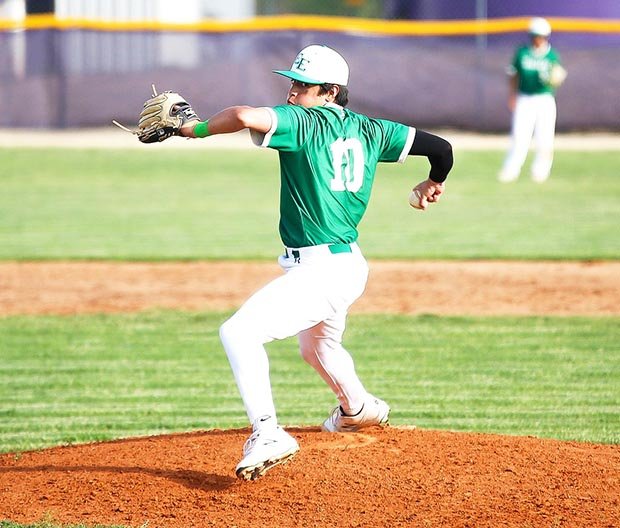 Eagles to Face Albany in Playoffs

The Eldorado Eagles baseball team will face the Albany Lions in a best-of-three series for the Bi-District Championship. 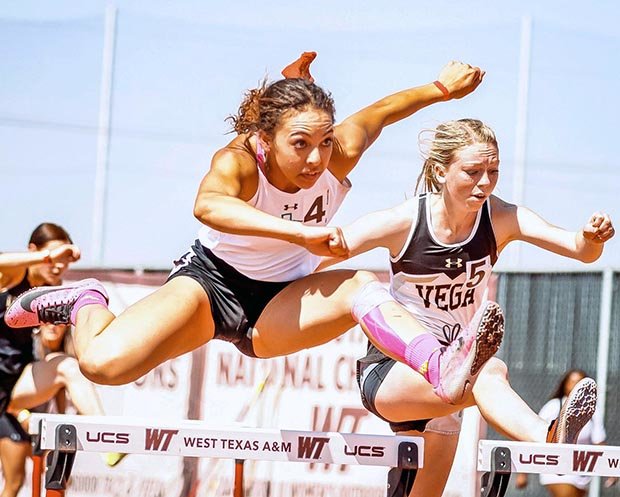 With five athletes competing, Eldorado High School was well represented at the Region 1-2A Track Meet in Canyon on Friday & Saturday, April 29-30. All good things must come to an end, and so it was for the Eldorado Lady Eagles softball team as they lost 6-4 to the McCamey Lady Badgers in the Bi-District round of the State Playoffs. The game was played under blustery conditions on the Reagan County ISD softball field in Big Lake on Thursday, April 29th.