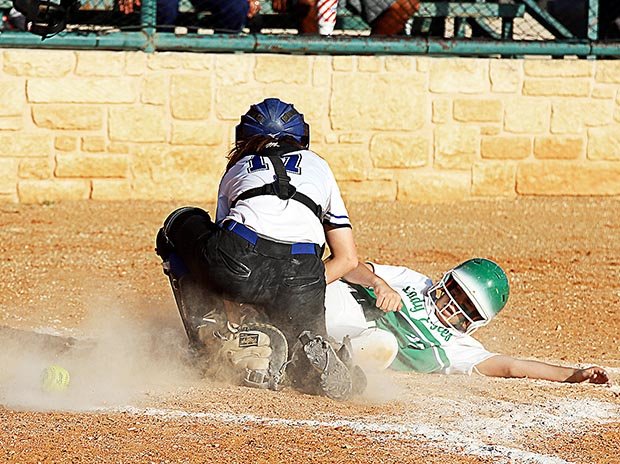 Miles 6 – Eldorado 17 The Eldorado Lady Eagles claimed a 17-6 win Tuesday, March 9th, over the Miles Lady Bulldogs at Eagle Field. Maryssa Guerrero belted two doubles and a triple in the game. She also stole a base, scored a run and drove two more across the plate. 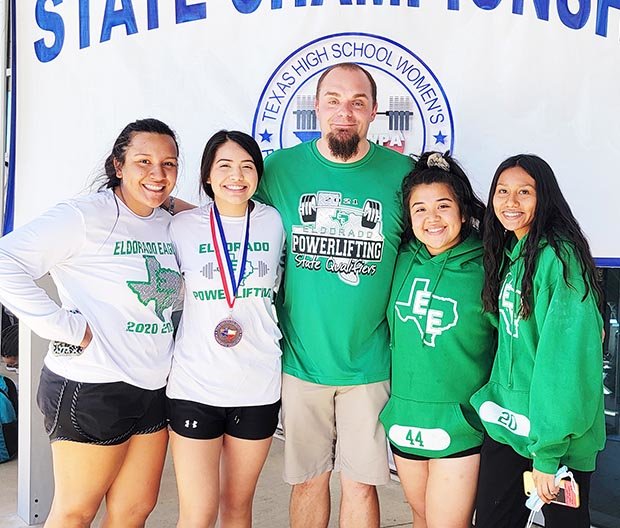 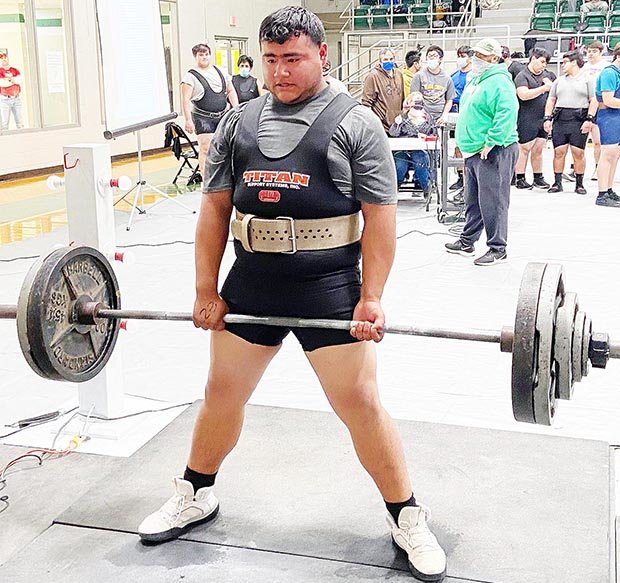 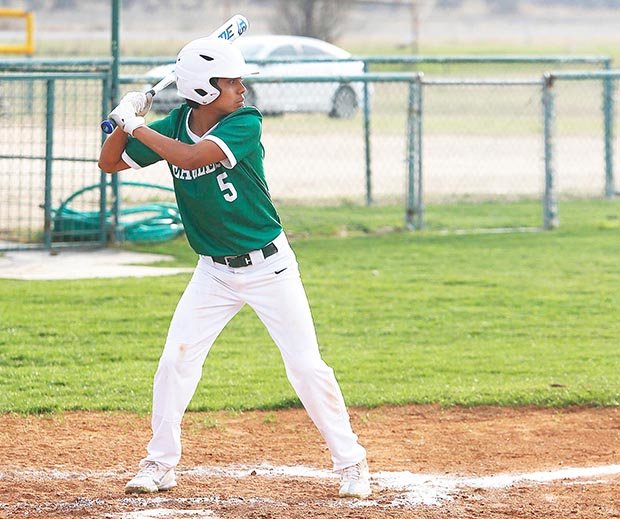 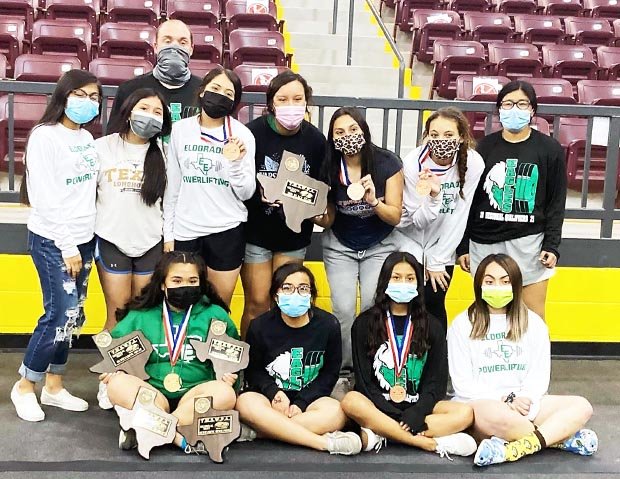 Four Lady Eagles powerlifters are advancing to the State Powerlifting Meet in Corpus Christi on Thursday, March 18th, thanks to their performances at the Regional Meet in Kermit on Saturday. 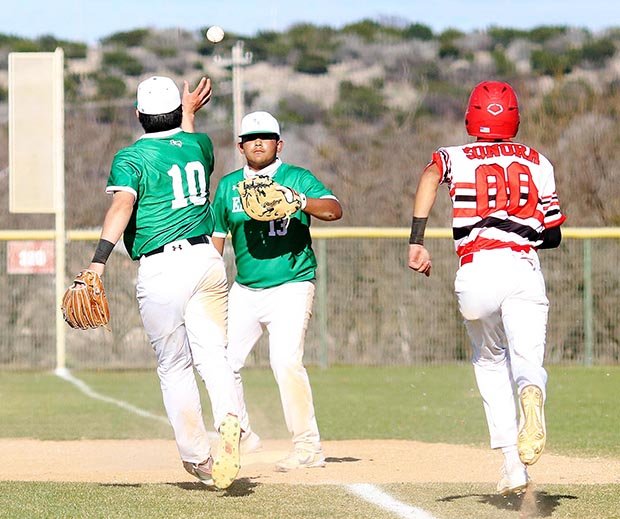 Baseball season is underway for the Eldorado Eagles. They opened the 2021 campaign with a 2-2 record and a third place finish in the Dry Devil’s River All Wood Classic in Sonora. 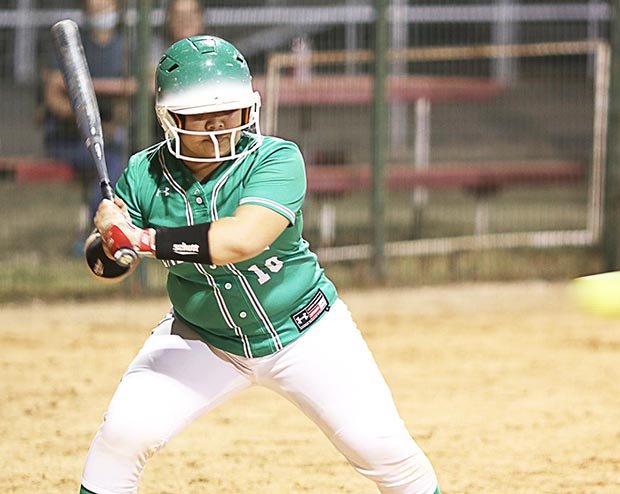 Eldorado 22 - Sonora 5 - The Lady Eagles opened the 2021 softball season with a 22-5 win over the Sonora Lady Broncos in Sonora on Tuesday, February 23rd. 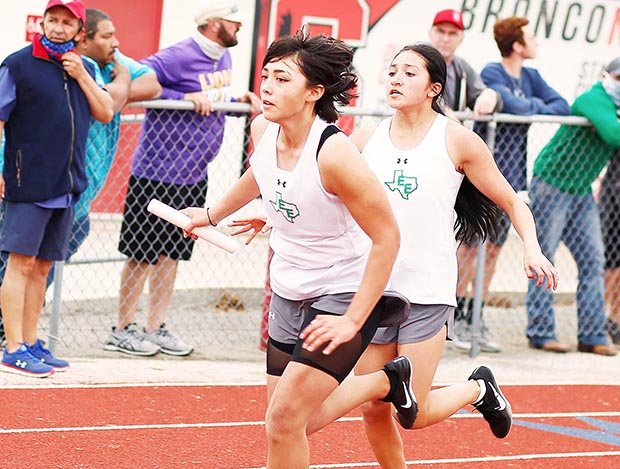 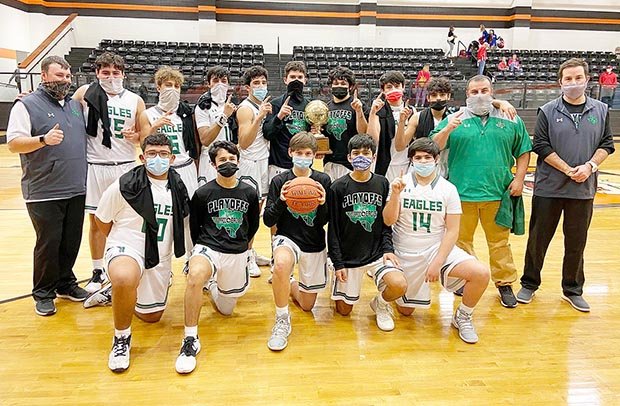 The Eldorado Eagles won a pair of playoff games in a four-day span to advance to the Regional Quarterfinals in the State 2A playoffs.

3 Eagles Named to 2A All-State Team 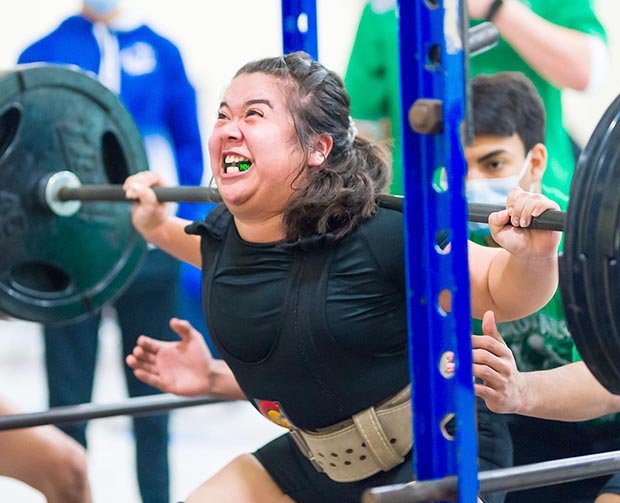 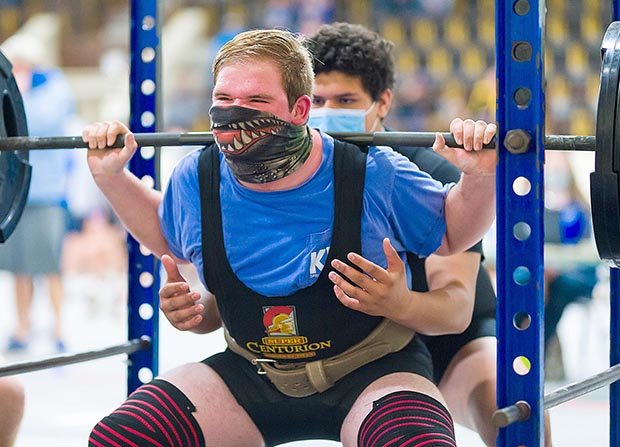 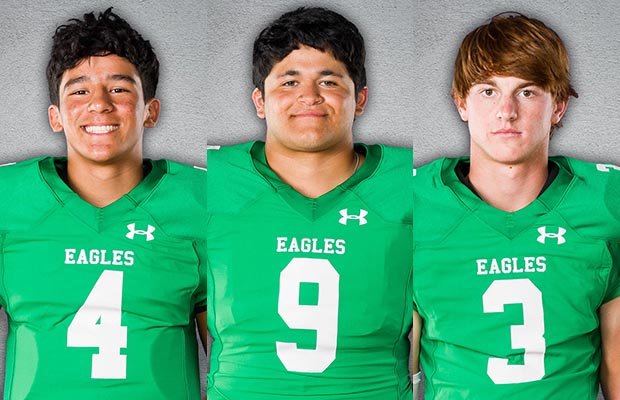 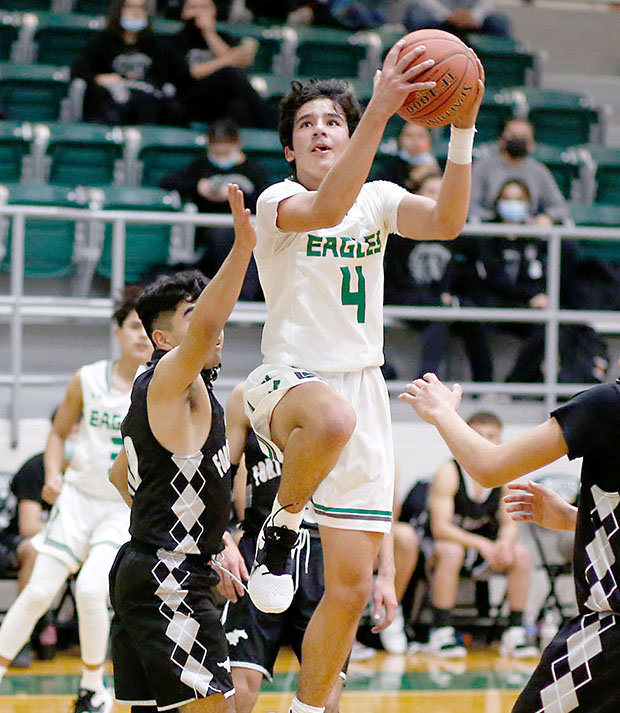 Eagles Win at Home Over McCamey, Get Road Win Over Ozona 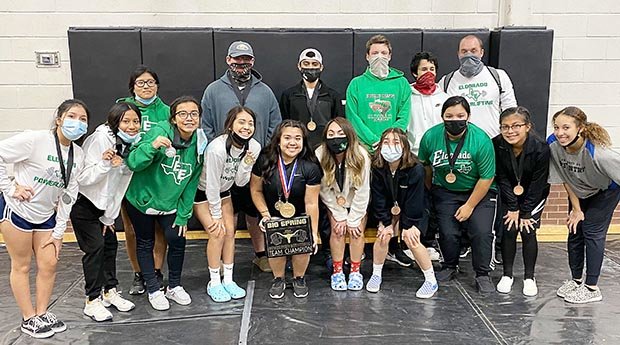 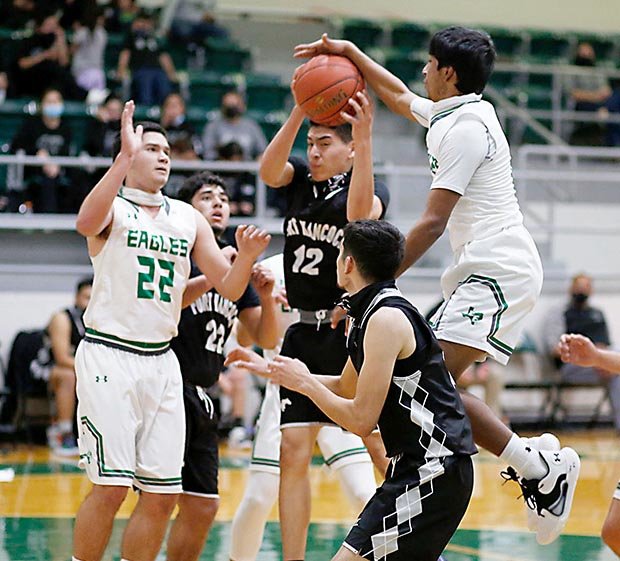 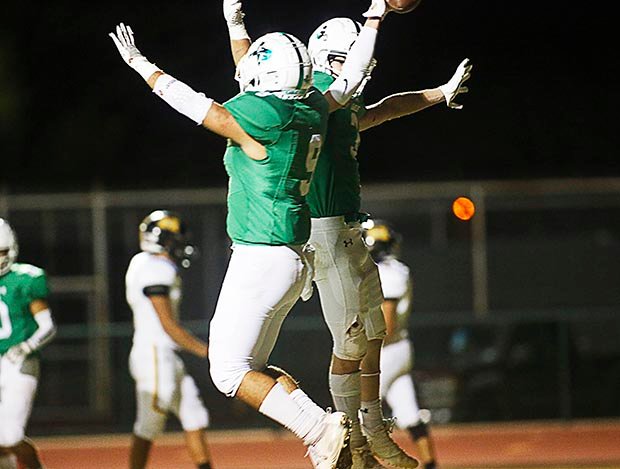 The Eldorado Eagles will face the Iola Bulldogs at 2 p.m. on Saturday, November 14th, in the Bi-District round of the State 2A Playoffs. The game will be played at Llano Stadium in Llano with the Eagles being the home team. 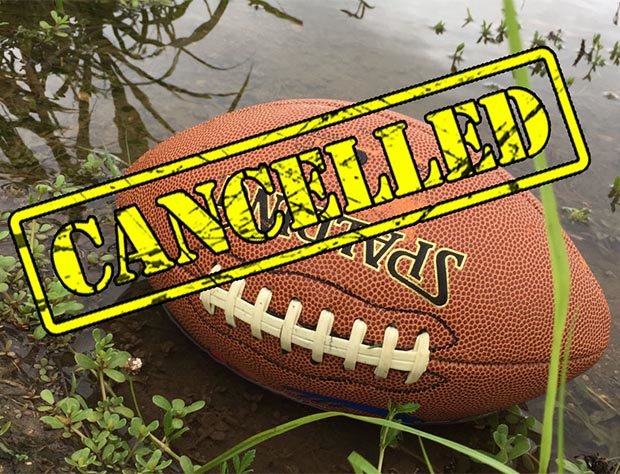 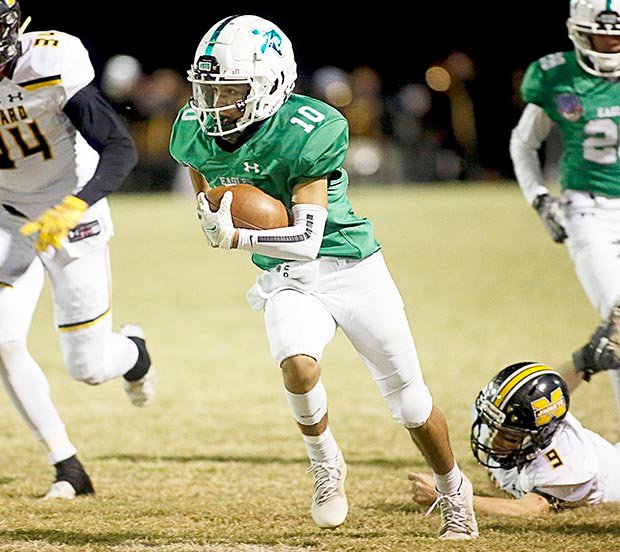 The Eldorado Eagles celebrated Senior Night with a 68-7 win over the Menard Yellowjackets on Friday, October 7th at Larry Mitchel Stadium. Eagles quarterback Korbin Covarrubiaz threw for seven touchdowns and ran for another. In all, the Eldorado’s offensive unit made 10 trips to the end zone as it imposed its will on the visiting Yellowjackets.