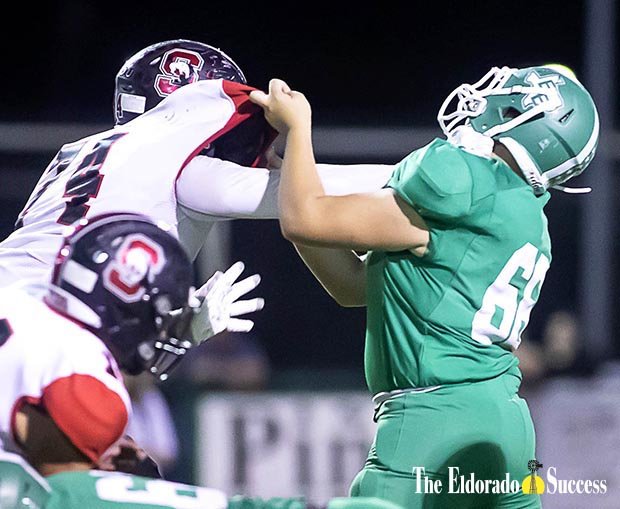 The Eldorado Eagles defeated the Sonora Broncos 48-26 in front of a standing-room-only Homecoming crowd on Friday, September 24th at Larry Mitchel Stadium in Eldorado. Those in attendance also saw EHS seniors Jonathan McGee and Yatzari Narvaez crowned as the 2021 EHS Homecoming King and Queen during a ceremony held just before the two teams took the field. 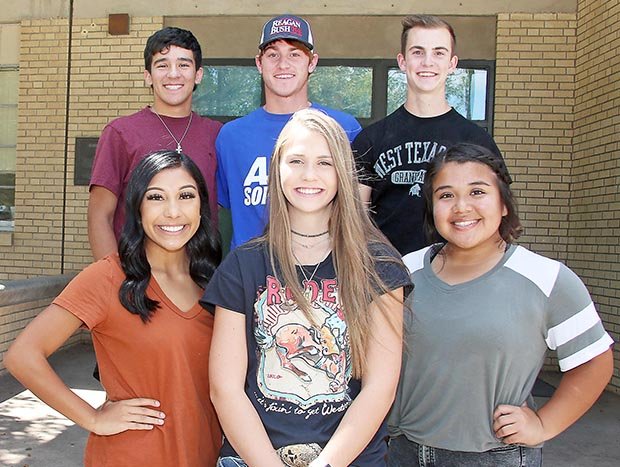 The Eldorado Eagles are flying high this year and they hope to continue their winning ways as they host the Sonora Broncos on Friday, September 24th as Eldorado High School welcomes home its exes for Homecoming 2021. 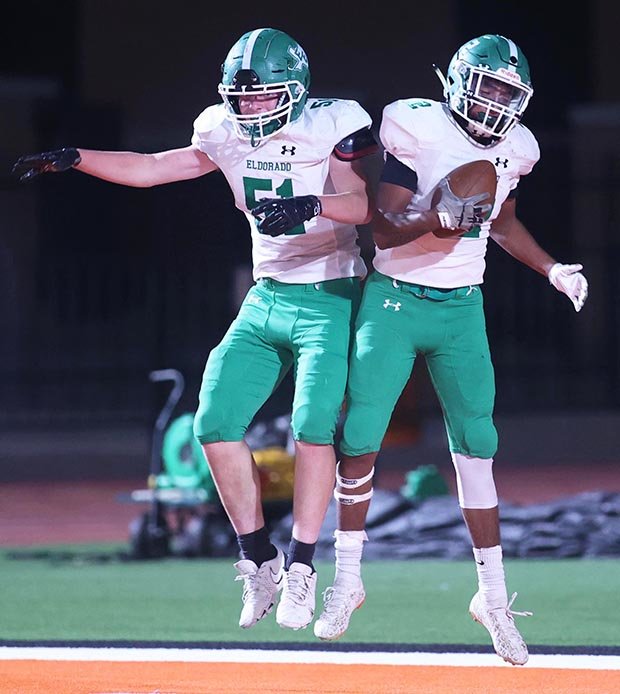 The Eldorado Eagles led 8-0 after the first quarter of last Friday night’s football game with the Wink Wildcats. In the second quarter, however, the game turned into a scoring spree with a total of 54 points being scored in that stanza. 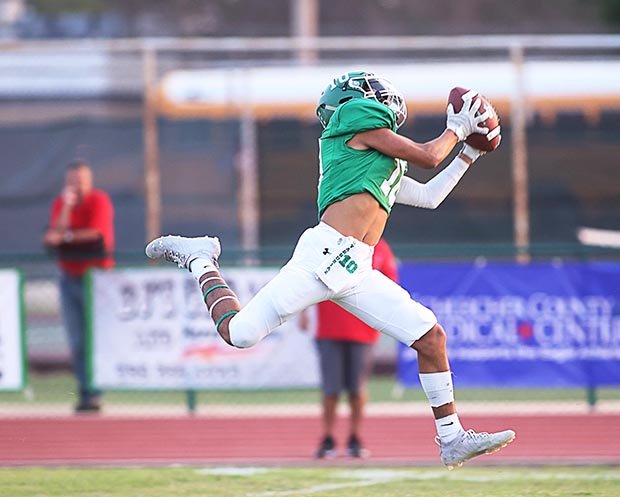 Korbin Covarrubiaz stretched the field and took the top off the Coahoma defense as he threw for six touchdowns and ran for another in the Eldorado Eagles’ 56-29 defeat of the Bulldogs on Friday, September 10th. 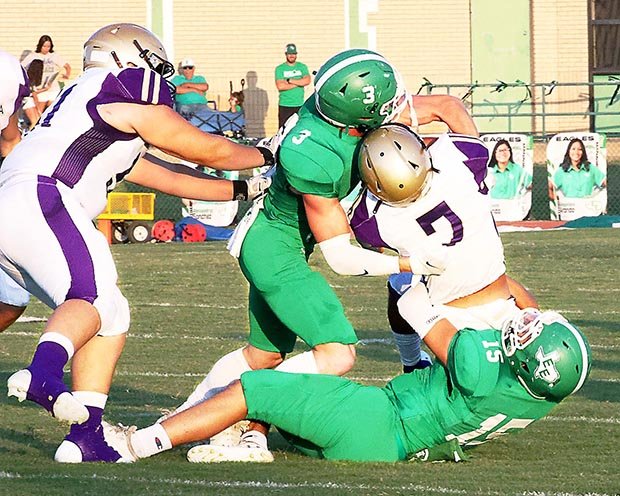 The Eldorado Eagles opened the 2021 football season with a victory on Friday, August 27th, defeating the San Saba Armadillos 42-20 at Larry Mitchel Stadium. 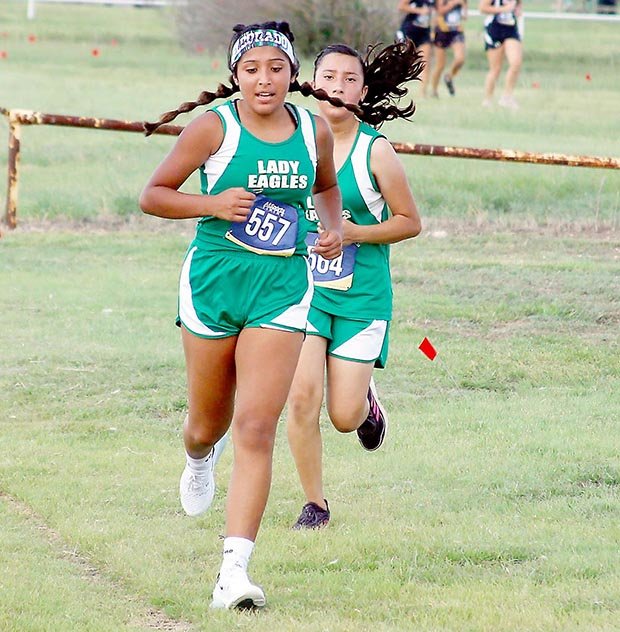 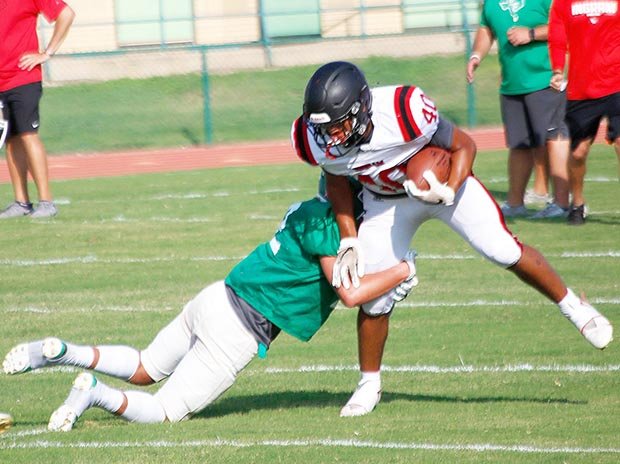 The Eldorado Eagles football team will open its 2021 season on Friday, August 27th by hosting the San Saba Armadillos at Larry Mitchel Stadium in Eldorado. 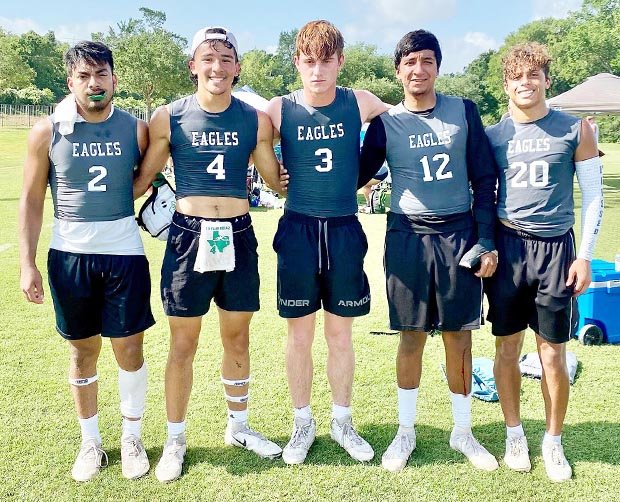 Eagles Make it Into Finals Bracket at State 7on7 Tourney

The 2A Eldorado Eagles, had swept through the competition at 7on7 state qualifying tournaments in Odessa and Sonora, and were undefeated headed into the State tournament last Thursday in College Station. 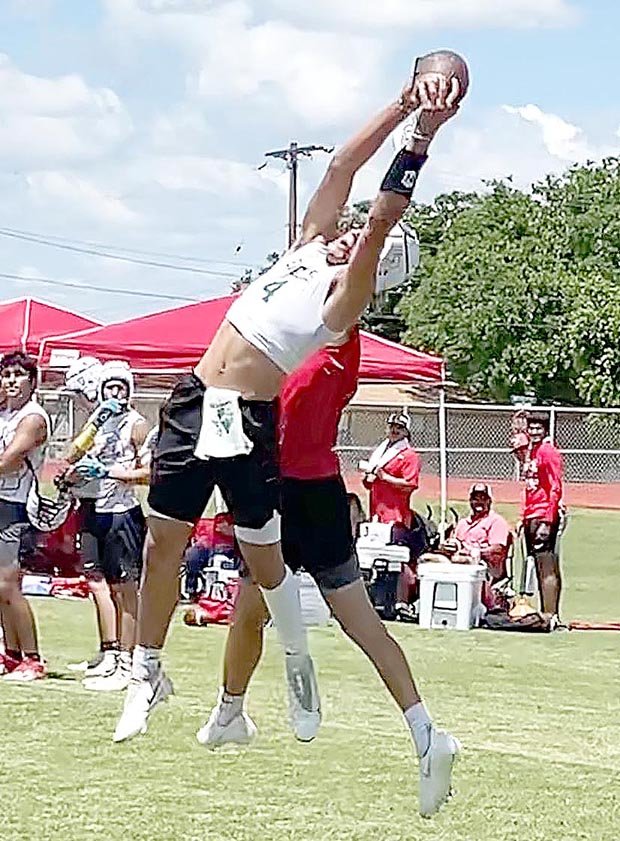 The Eldorado Eagles 7on7 football team went 3-0 on Saturday, June 5th in the Sonora 7on7 State Qualifier Tournament. 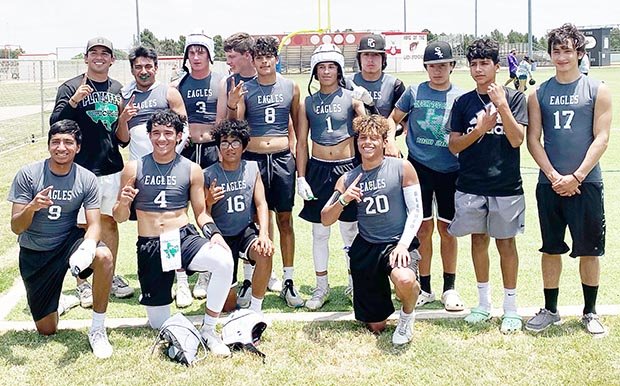 Eagles 7on7 Squad Earns a Berth in the State Tournament

Eldorado’s 7on7 football team has qualified to play in the State 7on7 tournament on June 24-25 in College Station. The team punched its ticket to the state tournament on Friday, May 28th with a series of wins at the Odessa 7on7 tournament played at the Ratliff Athletic Complex in Odessa. 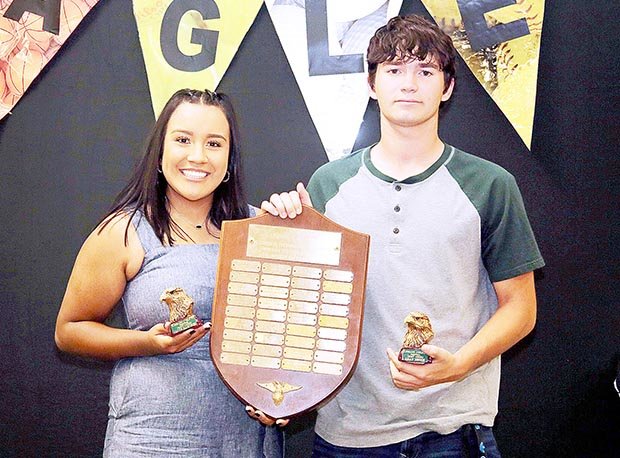 The EHS Athletic Awards Banquet was held Monday, May 17th at the Schleicher County Civic Center. Athletic Director John Long emceed the event that is hosted each year by the Eagle Athletic Booster Club. The Eldorado Eagles baseball season ended Friday evening, May 14th, but not before the Warbirds forced Hawley into the third game of a three-game series to determine the area championship. The Eldorado Eagles baseball team will face the Hawley Bearcats in the Area Round of the State 2A Playoffs for a best-of-three series at Nathan Donskey Field in San Angelo. The 2021 playoff run was a short one for the Eldorado Lady Eagles softball team as they never found their footing against the Wink Ladycats on Friday, April 30th in Fort Stockton. Eldorado’s Logan Prater punched her ticket to the State Track Meet with a first place finish in the 200 Meter Dash at the Region 1-2A Track Meet on the campus of West Texas A&M University in Canyon on Saturday, May 24th. The Eldorado Lady Eagles defeated the Winters Lady Blizzards 18-1 on Tuesday, April 20th in Winters to claim a share of the District 6-2A title. The game was called after three innings under the UIL 15-run mercy rule. Hollywood couldn’t have scripted it any better: A rivalry game tied at one, three stanzas deep into extra innings as the Eagles came to bat against District 5-2A foe Christoval in the bottom of the 10th. Aidan Dennis and Korbin Covarrubiaz were named to the San Angelo Standard-Times All-West Texas Basketball Team this week. The duo led the Eldorado Eagles to an Area Championship EHS Athletes Compete in District 7-2A Track Meet at Christoval

Eldorado High School tracksters competed Thursday, April 1st, at the District 7-2A Track Meet in Christoval where 11 Eagles and four Lady Eagles earned a trip to the Area Track Meet in Wink on Monday, April 12th.